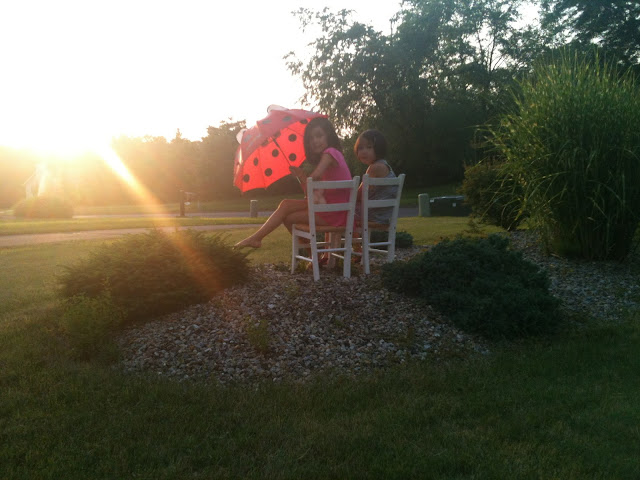 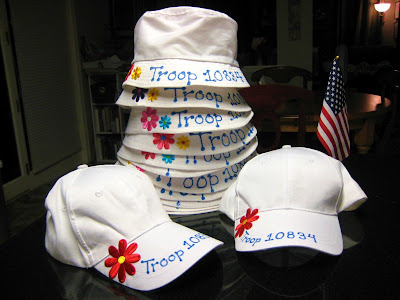 Tomorrow is our last Daisy meeting of the school year. Our last activity will be autographing hats. I just finished ironing the daisies on!  These should turn out cute and remind the girls of Daisies over the summer. The two baseball hats are leader hats.

Hope you had a fun and relaxing Father's Day! Mama King
No comments:

Strolling of the Heifers 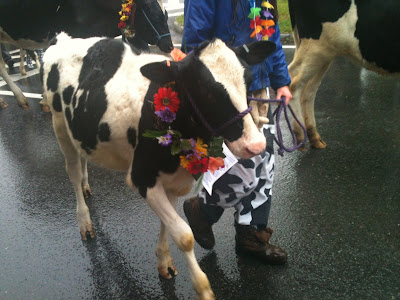 The Strolling of the Heifers in Brattleboro, Vermont was everything a small town parade should be. There were a cast of characters, local clubs, homemade floats, marching bands and...cows! Approximately 100 of them. Not to mention donkeys, miniature horses and alpacas. The steady rain didn't put a damper on any ones spirits as the Fairy Cow-Mother and her Dairy Princesses started off the parade with tutus, umbrellas and rain boots. My girls were thrilled by the baby cows, stilt walkers, music and of course the treats being handed out along the parade route. Being Vermont, Dum-Dum lollipops and Tootsie Rolls were being handed out alongside packets of baby carrots and organic fruit snacks. 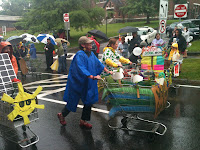 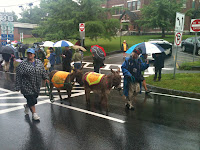 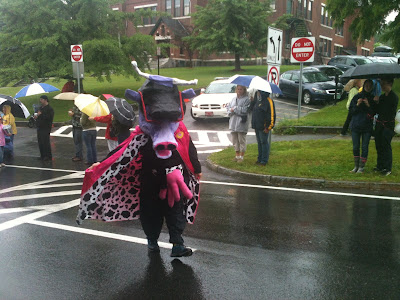 The parade was followed by a day of music, food and activities.  If the weather had cooperated it would have been the perfect day...maybe next year!

The Strolling of the Heifers was a perfect way to start off my summer fair and festival obsession.  If you live in New England and you have a fair or festival you recommend leave me a comment. We are always up for a road trip! 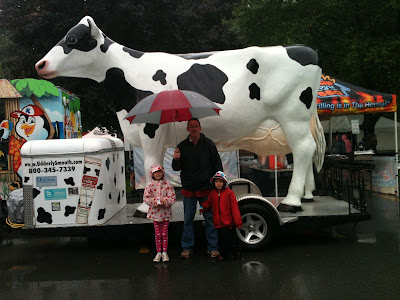