Halloween Through the Years

Halloween through the years.
Inspired by Katie's post, Ghosts of Halloween Past. 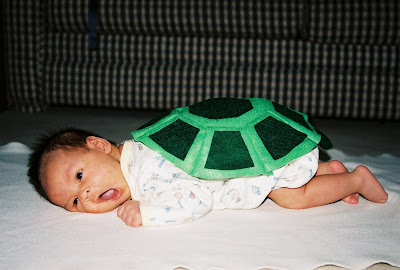 2005
Lu was only 5 weeks old on her first Halloween. I made the turtle shell out of felt. I velcroed the turtle shell to my baby carrier and took her to my sister's annual Halloween party.
Judging by her expression I don't think Lu approved of the costume. 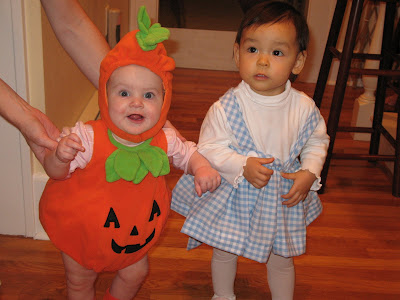 2006
Dorthy from the Wizard of Oz. My Mom helped me make this since I had never used a sewing machine before. My Mom made all our costumes growing up so I wanted to carry on the tradition. I glued red glitter onto her Mary Janes. 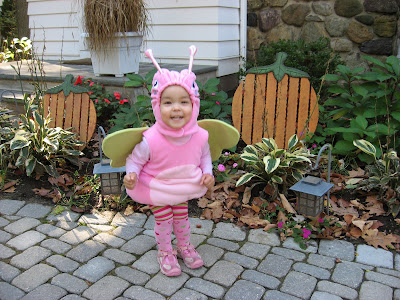 2007
I saw this adorable costume at Children's Place and couldn't resist it. So much for carrying on the home made costume tradition! Em refused to wear this costume this year. :-( 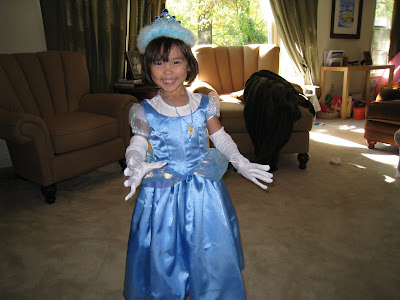 2008
Back on the homemade train. I really surprised and impressed myself with this one. It is even lined inside! Holy Sewing Batman! I think I will frame this one. And you can see how much Lu loved it! It ended up costing a whole lot of money for the fabric - much more than the gazillion Cinderella dresses we saw everywhere! Rethinking making homemade costumes... 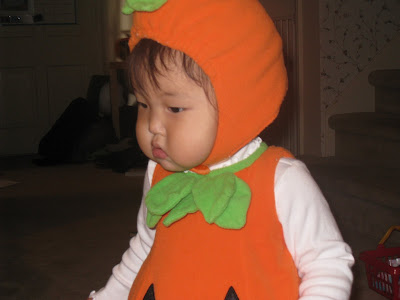 2008
Em's first Halloween with us! Her cheeks were (are) so cute I called my sister and asked if we could borrow her daughter's pumpkin costume for my little pumpkin. I mean really. How cute is she? 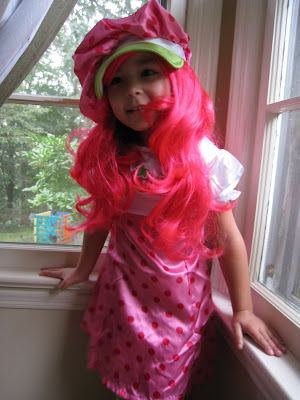 2009
Lu saw the pink hair and was sold.
I think she may be off the homemade costume train for good. 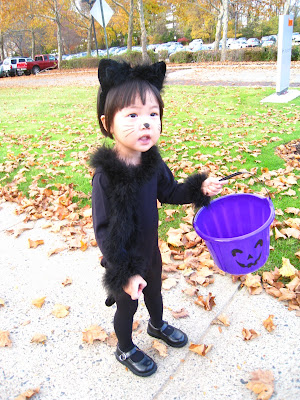 2009
Em knew she did not want to be a butterfly and was insistent she was going to be a Kitty Cat. Easy enough. We went old school! Bought the ears and tail. Hot glue gunned the fur around the bottom of tail and ears to jazz them up. Sewed the boa around the wrists and neckline. I love this costume because it is so timeless and she loves it so much. We went trick or treating at my hubby's office yesterday and Em had to tell everyone she was a "titty tat" followed by a hearty meow meow! 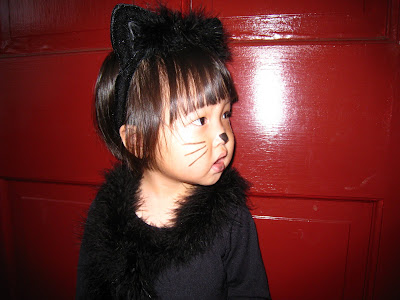 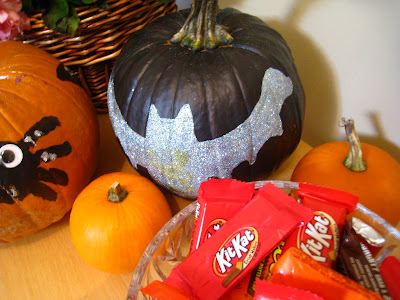 FYI: I painted a bat shape on the black pumpkin with glue and added a ton of glitter. Let it dry and then gave Lu a big paintbrush and showed her how to gently brush the excess glitter off.

HOw cute! It is so fun to see how much they have grown over the last few years.

Your girls are so cute!When i saw a little turtle i totally melted.I wish i have a little baby to sew for it.But she is bigger and i am sure she can´t stay on her the little shell anymore.She is gonna wearing the same pumpkin costume what you had.It is cute too.

All of these pictures are so cute! I love the turtle shell idea for a newborn, and I'm seriously impressed with your Cinderella dress. I also really like Em's kitty cat costume, she is adorable!

Adorable costumes on those sweet babes! I love the felt turtle shell you made for LuLu!

I love the glitter bat on the black pumpkin!

What great costumes!!! Lu's off the homemade costume train for good? Noooooo! Say it isn't so!!! *sniff sniff* so sad.

The black pumpkin turned out great! Nothing a little glitter couldn't fix. ;-)

we had a cinderella last year too! I love the turtle baby carrier idea!

Both you and Katie inspired me to do a similar post! Thanks for bringing up the memories!

That pink hair....I can't tell you how cute it is on her!

those are some CUTE costumes on your beauties!!!!!!

Those are so cute, but I love the "titty tat" costume!

Hey there, haven't "seen" you in a bit...is everything going okay? We are doing fine here, just bedding down for winter it feels like. :) Hope you are well.

Sorry I missed this... They look cute..

Sorry my comment is so belated. Want to let you know how much I loved seeing the girls over the years. I am even more convinced that every child should be a pumpkin at least once. How cute and adorable is that!